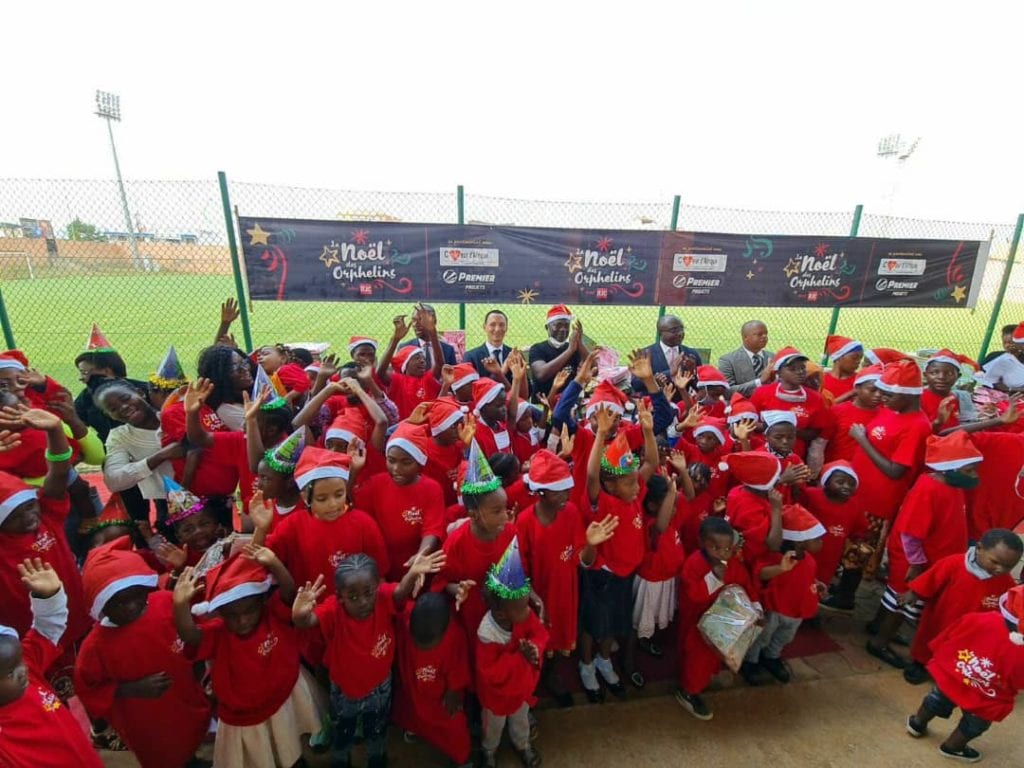 A host of Cameroon orphans have been gifted a joyous Christmas thanks to Premier Projects and national football hero, Roger Milla.

Orphans from Yaoundé and Douala were the guests of honour at an event organized especially for them. The youngsters were given Christmas presents, food and had the chance to take part in a Football Gala Tournament.

Dubbed “The Orphan’s Christmas”, the special event was masterminded by Premier Projects and the Roger Milla Foundation. This was with support from RJC and Premier Projects. Premier Projects is the community and charity foundation of Premier Bet, Cameroon’s leading sports betting company.

A spokesman for Premier Projects said: “Christmas is a time to think about those less fortunate than you. That is why we wanted to put this event together, for some of the most vulnerable people in our society.

This has been a very challenging year and it brings us great happiness to be able to give the young ones some joy at Christmas.”

This is not the first time Premier Bet have teamed up with Cameroonian football legend, Roger Milla. The pair hosted a similar party for Christmas 2017 as well.

Roger Milla has used this status as a Cameroon icon to help his fellow countrymen. His exploits at the World Cups in 1990 and 1994 bought much joy to the nation, and he has continued this with his charity work. The Roger Milla Foundation has helped orphans, disabled people and tackled environmental issues in recent years. You can learn more about the foundation by searching for “Roger Milla Foundation” on Facebook.